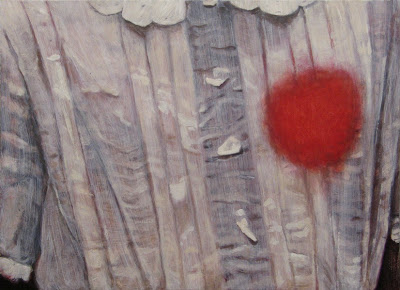 What a beautiful convergence here -- the living, human (or alien) presence of the object; and you can really, physcally FEEL both Leibovitz and Halvorson looking. I love Halvorson's idea of the painting/motif 'looking back.' Interesting -- the similar close-up, cropping in all three. 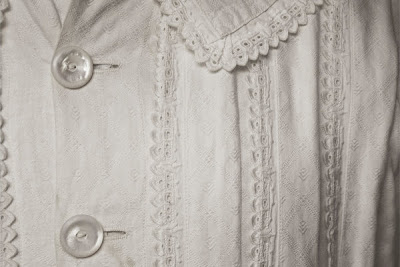 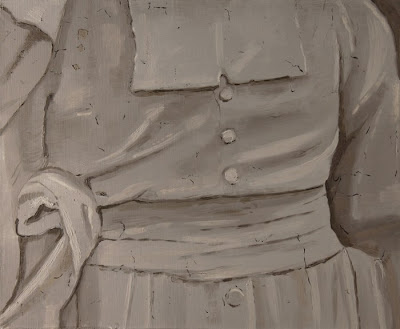 Josephine Halvorson, Concrete Chest
"Unlike her staged and carefully lit portraits made on assignment for magazines and advertising clients, the photographs in this exhibition were taken simply because Leibovitz was moved by the subject. The images speak in a commonplace language to the photographer’s curiosity about the world she inherited, spanning landscapes both dramatic and quiet, interiors of living rooms and bedrooms, and objects that are talismans of past lives...Visiting the homes of iconic figures including Thomas Jefferson, Emily Dickinson, Georgia O’Keeffe, Pete Seeger, and Elvis Presley, as well as places such as Niagara Falls, Walden Pond, Old Faithful, and the Yosemite Valley, she let her instincts and intuitions guide her to related subjects—hence the title “Pilgrimage.”" Smithsonian American Art Museum

"Josephine Halvorson has an itinerant practice. She searches for objects willing to ‘look back’. Working perceptually on site, Halvorson’s paintings contain the reciprocities that develop between artist and object, and become testaments to time spent. The exchanges, which take place in a single session, test the limits of the body, witness the vagaries of weather and light, attract passing strangers, and - when materialized in paint - take on unexpected meanings. The works on view were made in places as diverse as Shoshone, California; Canaan, New York; Akureyri, Iceland; and Shoreham, England. Halvorson's explorations are not only geographical, but also psychological. Chance encounters with objects in their environments realize internal glimpses of paintings unmade yet somehow anticipated. Halvorson considers a painting successful when it asserts a life independent of its power to represent either the original object or the experience of its own making. She hopes these paintings return the attention that produced them and, as a group, evoke an everevolving narrative." Sikkema Jenkins Press Release
Posted by rmkall1 at 2:13 PM 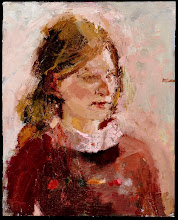 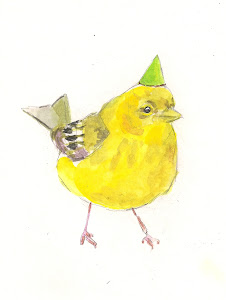 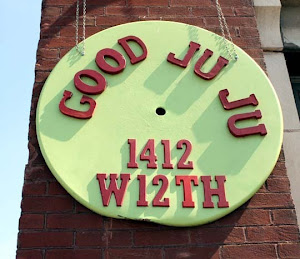